Photo by Daria Shevtsova on Pexels.com

Photo by Daria Obymaha on Pexels.com 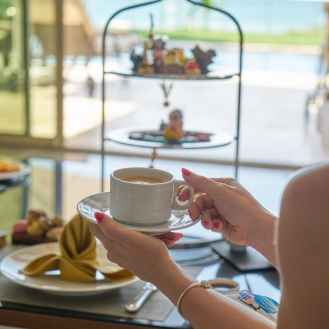 Photo by Engin Akyurt on Pexels.com

As I was drinking coffee and enjoying this beautiful mid-September morning I was thinking the fact that I am still not finished with my book on the upcoming Peh season. By the end of this month we will have transitioned into a new Hebraic year 5780. The Hebrew year is identified by the Hebrew letter which represents that number. The number 80 is the Hebrew letter peh.

We have been in the decade of the ayin since September 2009. Ayin is the Hebrew word for eye. Peh is the Hebrew word for mouth. Some people are expecting a massive spiritual shift as the calendar turns on that day. The tension is only slightly less than than the anxiety associated with Y2K. That’s when everyone thought all the computers were going to crash at midnight on January 1, 2000. And while there were changes and shifts that came with transitioning out of the 20th century and into the 2000’s the planets are still orbiting as they did prior to that day. The stars haven’t fallen from the sky. In retrospect I don’t think many of us outside the tech world were greatly affected by Y2K.

When the ayin decade began on September 19, 2009 I was looking intently at what might be ahead. I had ministered the day before at a women’s group in which I brought a message the Lord had given me concerning the upcoming decade. I shared about the prior decade being related to the Hebrew letter samech. In 2009 interest in Hebrew roots of Christianity was still pretty new. I have watched that interest grow and increase greatly over the last ten years. Many in the body of Christ are returning to our Hebraic roots. Some are being a bit misguided in the process.

Romans 11: 18b …You do not support the root, but the root supports you.

The root stock of the Hebrews is what supports our Christian faith. It is through faith in the Lord Jesus Christ that we receive salvation. Jesus said to the woman at the well, (John 4:22) You Samaritans worship what you do not know; we worship what we do know, for salvation is from the Jews.

Jesus, born to a Jewish mother, didn’t just bring a salvation message. He became our salvation. When we understand our Hebraic roots we gain a deeper understanding of our faith and salvation in Christ. I believe the more we understand this Hebraic root into which we Gentiles have been grafted the better we will comprehend this great salvation we have in Christ Jesus.

While salvation is from the Jews, in the life of Jesus the Messiah, we are not to convert to Judaism nor take on a rabbinic lifestyle. Paul addressed this issue with the new believers in Galatia. (read the book of Galatians). I see a similarity happening in the body of Christ today to what the Galatians were dealing with. In an effort to please God we sometimes take on things the Lord does not intend. God did not intend for the Gentiles to take on the Law. But they didn’t know what they didn’t know and they were influenced by what sounded like solid reasoning. Since salvation came through the Jewish people there were those who insisted that you had to convert to Judaism in order to be saved. And conversion involved circumcision. These unsuspecting new Gentile Christians didn’t fully understand that salvation through Christ was based on faith and not on adherence to the law.

Laws make it easy. We don’t have to figure it out for ourselves. Adhering to a law is much easier than a squishy intangible such as faith. Faith isn’t something that appeals to our human intellect. Law, now that appeals to human understanding. But salvation isn’t about human understanding. We can’t figure out salvation. Salvation through Christ is something we accept by faith.

Having said all that I’d like to clarify something. While I look at the Hebraic roots of Christianity I do not adhere to rabbinic Judaism in any fashion. Modern rabbinic Judaism is just another form of the Pharisaical Judaism of Christ’s day. Rabbinic Judaism adheres to the Traditions and Oral Law as did the Pharisees did during the first century. While some of the specifics have altered since the destruction of the temple in 70 AD the basics are the same.

Jesus said in Luke 20: 37-38 “But in the account of the burning bush, even Moses showed that the dead rise, for he calls the Lord ‘the God of Abraham, and the God of Isaac, and the God of Jacob.’ He is not the God of the dead, but of the living, for to him all are alive.”

Romans 4:11 And he received circumcision as a sign, a seal of the righteousness that he had by faith while he was still uncircumcised. So then, he is the father of all who believe but have not been circumcised, in order that righteousness might be credited to them.

In his letter to the Galatians Paul used the analogy of Hagar and Sarah to drive home the point about being in bondage to the law and being free under grace.

Galatians 4: 21-26 Tell me, you who want to be under the law, are you not aware of what the law says? For it is written that Abraham had two sons, one by the slave woman and the other by the free woman. His son by the slave woman was born according to the flesh, but his son by the free woman was born as the result of a divine promise. These things are being taken figuratively: The women represent two covenants. One covenant is from Mount Sinai and bears children who are to be slaves: This is Hagar. Now Hagar stands for Mount Sinai in Arabia and corresponds to the present city of Jerusalem, because she is in slavery with her children. But the Jerusalem that is above is free, and she is our mother.

Paul goes on the make it clear that our status as those who believe in Christ by faith as like Isaac, the child of promise, the child born of faith to Sarah.

Galatians 4:28-29 Now you, brothers and sisters, like Isaac, are children of promise. At that time the son born according to the flesh persecuted the son born by the power of the Spirit. It is the same now.

Verse 31 Therefore, brothers and sisters, we are not children of the slave woman, but of the free woman.

Galatians 5:6 For in Christ Jesus neither circumcision nor uncircumcision has any value. All that matters is faith, expressed through love.

Galatians 6:15 Neither circumcision nor uncircumcision means anything; what counts is the new creation.

The greatest authority we have on all things Pharisaical is the apostle Paul, a former Pharisee. He had insight from a personal perspective on this issue and addressed it often.

Returning to Hebraic roots is about living by faith as Abraham lived. It is about accepting this great salvation through faith in Christ. What we can gain through a study of our Hebraic roots is vast and of great value. But not if we abandon faith. When I look at the significance of the Hebrew letters which represent the year it is not void of grace and faith. It is from the perspective of what Christ has accomplished on the cross and the redemption of mankind. With this mindset, I ponder, what is the significance of the Hebrew letter peh? From the perspective of redemption and salvation through Christ take a look at the scriptures with a focus on the mouth of God and I guarantee you it will gain tremendous insightful into God. Never lose sight of how we come to Christ by faith. We walk by faith, we live by faith we grow by faith. We continue in faith. I can look at the Hebraic roots through the eyes of faith and gain much. But if I take on the letter of the law and lose sight of faith I have lost much.

When we look at the Feasts of the Lord and the calendar created by God we also gain insights into God’s plan of redemption. We can view these things through faith in the finished work of the cross and not leave out grace and faith. Then we can see God’s great love for mankind and His incredible desire to meet with His people. It actually can help us to understand the life of Christ and what He did for us by becoming the Lamb of God which takes away the sin of the world.

I pray  you are blessed.

Published by Betty Hall - Living Thru and Beyond

Hi, I’m Betty Hall, prophetic teacher and contributor for Beyond the Dalet, Thru the Dalet and Living Thru and Beyond. I am in love with Jesus. As a pastoral teacher, small group leader, and blogger with a focus on living beyond the confines of this earthly experience. My passion is to pursue intimate relationship with the Son of God, Jesus Christ with a focus on being a living dwelling place for God. View all posts by Betty Hall - Living Thru and Beyond