Skip to content
November 15, 2019 Betty Hall - Living Thru and Beyond Prayer for the nation, Recommeded Messages Leave a comment 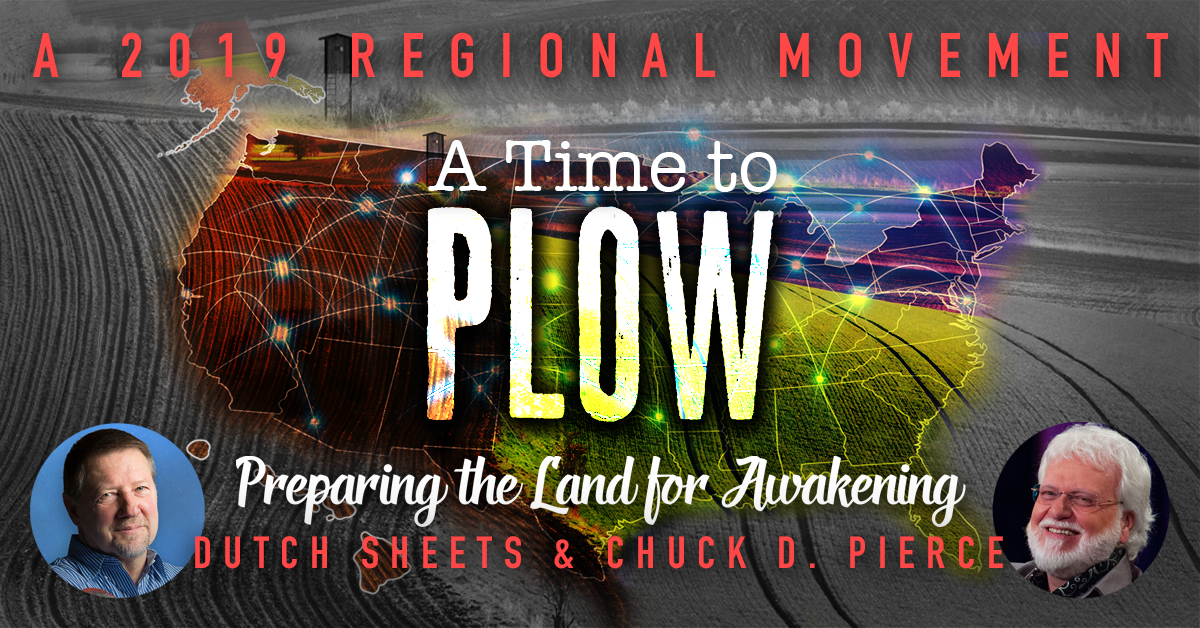 The apostolic leaders are plowing the nation in preparation for spiritual awakening launching another tour of the nation at the onset of 2019 Dutch Sheets and Chuck Pierce.

On this tour Dutch delivered what I believe to be a key message at Faneuil Hall in Boston, Massachusetts earlier this year.

I happened to order the CD from Dutch’s website earlier this week and popped it into my computer this afternoon. WOW. It is absolutely a must listen. I just checked his website and they are sold out on the CD’s. However, I found a 15 minture YouTube clip of a message he gave in Spokane Washington in which he references the meeting at Faneuil. This is a major key for coming into alignment with redemptive plan of God for our nation.

I don’t know if the ministry does back orders or not. So I emailed them asking them to make a digital download of the message available. I’ll follow up with you all when they get back to me. Rather than wait I decided to re-post Dutch’s Give Him 15 Appeal to Heaven post in which he references their time at Faneuil Hall. In the mean time watch the fifteen minute video below for the gist of the message.

As I listened to the A Time to Plow message Dutch Sheets gave at Paneuil Hall this past summer I was struck by what he said about face to face. He talked about God’s dream for family and how His redemptive plan is about the restoration of family, the fulfillment of God’s dream. I don’t know that I can do the message justice. Dutch does such a better job. That’s why I put the links so that you can order the CD and listen to it yourself.

Below is the YouTube clip with the basic framework of the message Dutch gave at Faneuil Hall. The particular event in this video was in August 2019 in Spokane WA. There is a powerful revelatory anointing on the message given at Faneuil when Dutch received the significance of the revelation God was giving him.  I don’t typically like to post things that aren’t from the original source. However, I feel strongly that the message is important, especially for intercessors who are praying for our nation. I would urge everyone to connect directly with Dutch Sheets Ministry for updates. The Give Him 15 prayer appeal for our nation is great way to connect.

Scroll down to read Dutch’s Give Him 15 article in which he shares the event at Faneuil Hall, re-posted below.

Some of you may remember the last national tour Dutch and Chuck did in 2003. You can read about it in their book Releasing the Prophetic Destiny of a Nation.

Endowed with God-given keys for reconciliation of the United States, Dutch Sheets and Chuck Pierce traveled the 50 states rallying apostles, prophets, intercessors and entire churches to break the grip of demonic strongholds. Their efforts to purge the land of territorial and generational sin began an open season of warfare against the principalities and powers entrenched in every state.

Scroll down to read Dutch’s message

From Dutch Sheets and Chuck Pierce Time to Plow Tour.

Quote taken from Dutch Sheets Ministry Website about the Recapturing the Dream CD: In this message spoken at Faneuil Hall in Boston, MA, during the 2019 Plow Tour, Dutch connects the significance of the gathering’s physical location to what God is saying to us during this strategic moment in our nation’s history. In scripture, God emphasized certain geographical locations giving them special meaning. This is also the case for Boston’s Faneuil Hall. This location was known as the Cradle of Liberty and even the Womb of the Revolution. Listen and discover how God is planning a face-to-face encounter with America to recapture His dream.

Click the links below to navigate to the original post on Dutch Sheets Give Him 15 An Appeal to Heaven.

Copied below in its entirety directly from: Give Him 15 post for September 4, 2019

One of Chuck Pierce and my stops on the Time to Plow tour was Faneuil Hall in Boston, Massachusetts. It would be hard to find a place with a stronger connection to the birth of America and the American Dream than this historic location. It has, in fact, been called “the cradle of liberty” and “the womb of the revolution.” Faneuil Hall was where Samuel Adams and other Founding Fathers gave many of their impassioned speeches urging the colonists to fight for independence.

For me, speaking in this historic room was both inspiring and a bit intimidating. As I worshiped, I inquired of Holy Spirit what He wanted to say to me about the evening and what he might want me to share. He began highlighting the fact that this was a place of dreams, a building where an oppressed people dreamed of freedom and liberty. In many ways, the American Dream found its next expression in this very room.

Holy Spirit then focused me on information shared with me before the meeting began. The name Faneuil comes from the same root word as “Penuel” in the Old Testament, which means “the face of God.” It was at Penuel that Yahweh finally conquered and captured the heart of Jacob, transforming him and changing his name to Israel (Genesis 32). Only then could God use the man Israel to fulfill his role in birthing the nation of Israel, through which He would bring the Messiah and restore His dream of a family.

Then, the connections began taking place in my mind:

“A man came and wrestled with [Jacob] until the sun came up. The man saw that he could not defeat Jacob. So he struck Jacob’s hip and put it out of joint. Then the man said to Jacob, ‘Let me go. The sun is coming up.’ But Jacob said, ‘I will let you go if you will bless me.’ The man said to him, ‘What is your name?’ And he answered, ‘Jacob.’  Then the man said, ‘Your name will no longer be Jacob. Your name will now be Israel, because you have wrestled with God and with men. And you have won.’ So Jacob named that place Peniel. He said, ‘I have seen God face to face. But my life was saved.’” (Genesis 32: 24-28 and 30; ICB)

Give Him 15 minutes in prayer:

A prayer you can pray:

Father, restore, restore, restore restore, restore. Restore us, restore the Church, and restore Your vision for this nation. Restore relationship with You. Restore Your dream of family and help us participate in that. Come and look at us. Look at us in worship. Look at us in prayer. Look at us in a depth of relationship with You and look at us in our lost and sinful condition. Restore us to Yourself through the revealing of the work of Jesus on the cross. Change us. Transform us. Your Presence will do that. Your face-to-face Presence makes us hunger for You and thirst for the righteousness that only You give. Give us the passion for You and Your purposes that You placed burning in the hearts of America’s leaders so long ago at Faneuil Hall. They were transformed and set on fire by Your Presence and confrontations. They saw You in Your Word, and they knew what to say and do to shift a nation. Do the same with us, Lord. Let us wrestle with You until we are dream-restorers, too. Let us know what name You would give us and let us live that name. Let us see our families restored. Show us what we can do to help restore Your family to You. Heal us and we will be healed. Restore us and we will be restored. Let Your dream be fulfilled in Jesus’ Name. Amen.

God will transform America by face to face encounters between His people and Himself!

Click here to learn more about The Time to Plow.

Dutch Sheets’ “Give Me 15;” calling believers to give 15 minutes a day in prayer as our continual “appeal to heaven.” “Give Me Fifteen” was birthed out of a time of intercessory worship between Julie Meyer and Dutch Sheets, after Julie shared her dream about hope to the intercessors and new life to the prayer movement. “Will you give me fifteen?” was sung as a prophetic cry from the heart of God for this nation, and as a prophetic mandate for Dutch.

If you are interested in the background of An Appeal to Heaven check out this video.